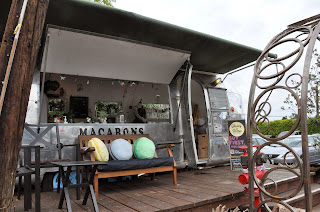 So, my friends and I are trying to do something every weekend we can, cause it's been hard to meet up the older we're getting~ so working harder to make time for each other nowadays!

One of our friends has been itching to try Honey and Butter macrons, so I told 'em we need to get there early then if we want the specialty ones, cause they were almost sold out last time;; So we arrived an hour before opening, but there was still a line of people before us! 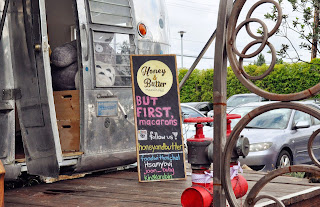 Tbh, their macrons are okay [I'm not a big fan of butter cream fillings], but the specialty character designs are so worth it to get! The day we went was Adventure Time, and even though we were 5th in line they already sold out of some characters;;

This time around, there was a new rule, instead of everyone lining up and crowing in the Airstream trailer, the line is now outside, and there's a capacity limit so only 1-4 people in the car at once. That made it a lot more comfortable and easy to peruse and order honestly, cause it's so tiny.. 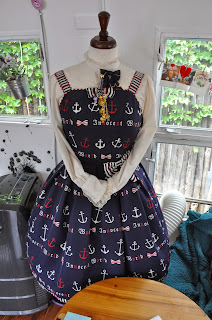 ^^ Macrons of the day! I'll post pictures of them in a following blog post, just a head's up. 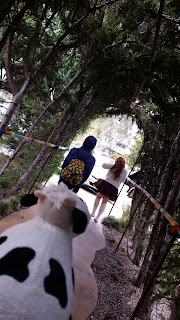 After grabbing our treats, we went wandering around the Anti-Mall/ The Lab, which is where Honey and Butter is located, it's a pretty hipster mall with a Buffalo Exchange, Urban Outfitters, vegan restaurants and little boutiques and vinyl record stores. I used to shop in the area a lot a few years ago. It's a pretty cool area if you're into that kind of scene. Across from it is The Camp, another hipster-y area with unique food, an American Apparel, more vegan places and bakery and a really good boba tea place called Milk and Honey. Just for a heads up if anyone reading wants to make a day trip up that way~ [also there's a Mitsuwa a street over]

After that, we wanted to go to Boiling Crab, a crawfish place, but since they don't open till 3 we needed to waste some time, so we got on the freeway and wasted some time at the Irvine Spectrum, just a few exits over. 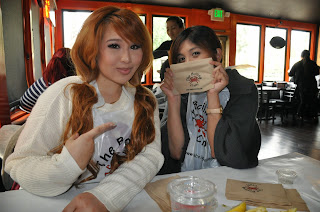 Finally 3 o'clock hit and I got to gorge myself on 2lbs of crawfish. Bib, check; hair up, check; tummy empty and ready for the feast, check! 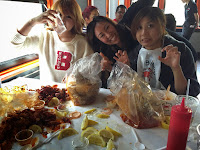 Tbh, every time I go with new people who haven't seen me go down on crawfish it's super hilarious! Cause I'm always dressed up in pastels, full face on and super long nails and I apparently eat quite ferociously and get super messy. I think I should hit Boiling Crab next time I meet a guy for a meal for the first time, it would be pretty funny;;

[Psst, if you want REALLY amazing macrons, on the same street as Boiling Crab, there's a place called Le Petit Sourie and they have the most bomb ass macrons just an fyi]

Afterwards, we swung by South Coast to go window shopping.  A new place popped up a few months ago when I was working at the mall and I was finally able to go in and explore the shop.
Sugarfina is the cutest shop I've seen in awhile, and they have so many unique and downright delicious candies. I decided it was the best place to buy a mother's day gift for my mum. 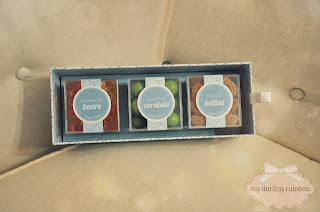 I ended up buying her alcoholic drink inspired candies. She really wants me to go back and get her the rum and martini olive treats too~ She let me eat one of each treat I got her and holy heck, they are seriously delicious!

When the sun finally started to go down we made our way to the OC fair grounds for the 626 night market. At the opening was the Pocky truck, they were giving out a shit ton of Pejoy, and by the end of the night I think we had over 30 boxes total;; I ended up giving them to my mum to give to patients at the hospital.

The night market entrance was pretty impressive~ Art work, craft stalls and all kinds of fun nick knacks to peruse though and purchase if they interest you.

The front even had a dance area full of bboys and bgirls showing off their skills~ It was lively all night! 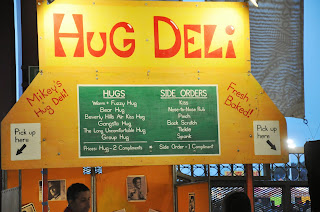 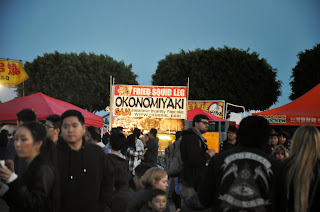 The market had so many stalls of games, food, shopping and so many more things it was a joy to wander about! 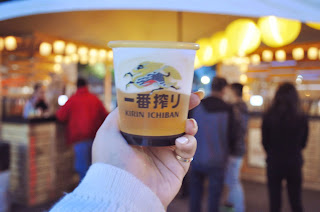 Also, free beer slushies from Kirin.
There was also a stage of performers from what my friends told me were from Youtube, so that was pretty cool!

I ended up with fresh sugar cane juice and giant squid on a stick. I also stole a bit of my friend's young coconut haha;
The rest of my friends had sushi burritos and other goodies, I took pictures but honestly they were all so blurry, I should have used my flash, oops;

At around 8 it got o crazy packed though, and we waited in in our longest line yet for bubble waffles, I wanted to get some to drop off to my mum. Tbh, I was kind of glad we left early it was getting so packed it was even hard to walk/wade through the people. 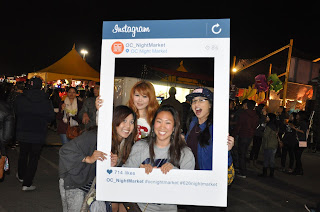 All in all, it was a pretty awesome day with my girlies!