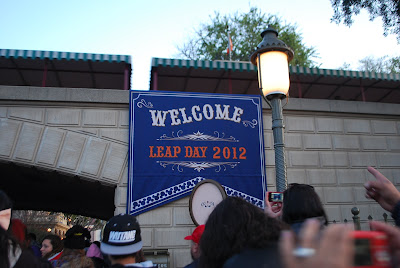 We arrived at Disneyland at 5:30 am and went into the queue to get our bags checked and went straight into Disneyland at 6 am.
The entrance was bottle necked but once you passed under the entrance tunnel the park opened up and Main Street was lined with employees wearing Mickey gloves waving and high-fiving everyone. It was beautiful and such a great start to the day! 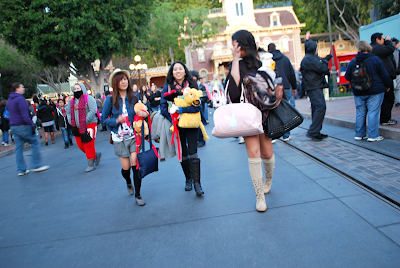 My 3 lovely friends that spent the day with me <3 We brought so much stuff and were able to snag the last few large lockers. 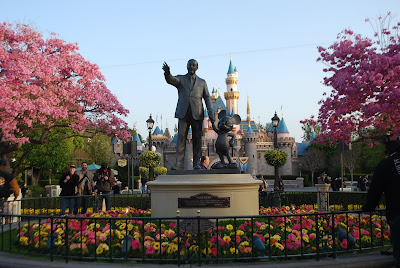 Even though there were a good number of people, who mostly camped out at 10 om the previous night, came for the special edition Mickey hats. So, the park was practically empty and all the rides only took from about 5-15 minutes to get thought the line. :3 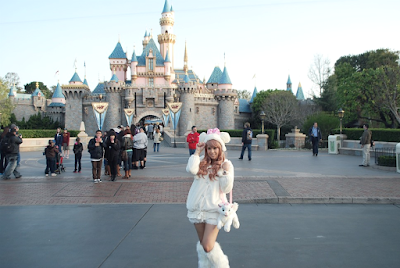 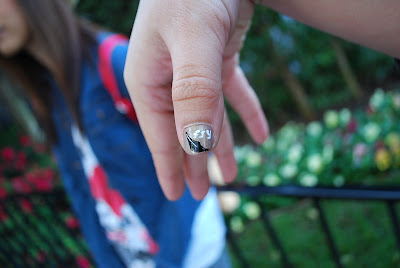 My friend, Catie wanted a Disnye Dumbo inspired nail, so I painted a crow feather from Dumbo and a cute Mickey print. 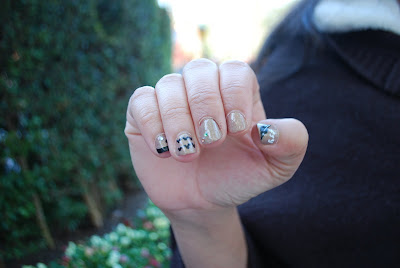 My other friend, Bev, wanted something simple but based one Pooh bear so I did a red french with a cute buzzing bee flying across her nails. 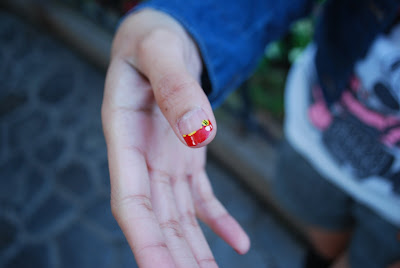 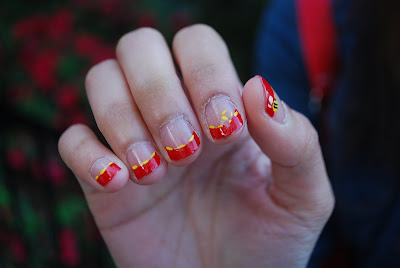 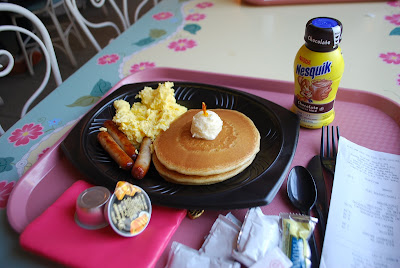 Nom nom nom, our breakfast. I really think the longest lines during the day were for food. 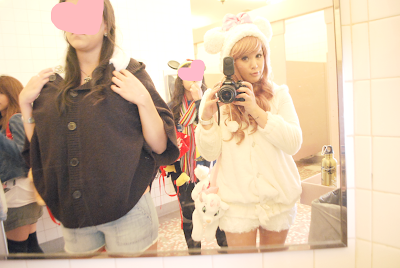 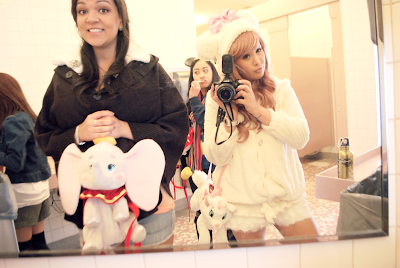 By noon time, my friends had to take out their circle lenses and we brushed out teeth.. So I camera whored...
We were able to finish riding all of the rides in the after noon for lunch so we decided to drop my my house to eat cheaper food, which ended up being Thai chicken curry and to just take a break, me for certain reasons which I'll talk about later in this entry.
We then arrived back at Disneyland around 5:30/6? We ended up watching Monsters Inc at home and since all of us only slept 1-3 hours the night before we took a slight nap. The traffic getting in was horrid but we ended up getting a really good parking space right away.
The night ended up being dramatically worse for me and the lines ranged from 45 minutes to near 3 hours, most of them in the 1-2 hour range so, we decided to roam around Toon Town, hoping to wait out the crowds. 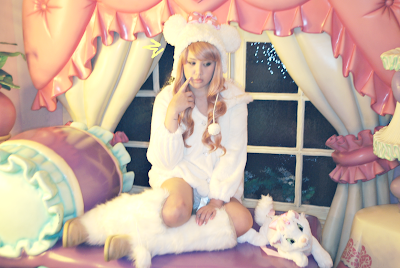 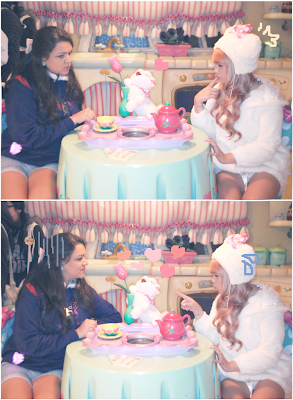 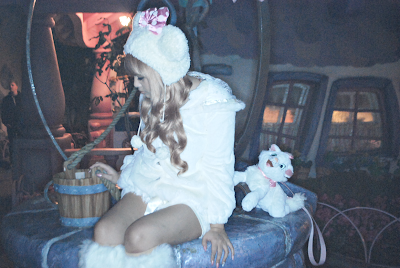 I actually ended up with a crowd gathering around me, and watching my friends take pictures of me and like, legitimately following me around... It was really odd. But, as the night was going, I was becoming pretty introverted and not looking strangers in the eyes.
Though, a lovely thing happened to my friend at the wishing well! A few girls tossed in some coins when my friend, Catie, tossed hers to make her wish. They then told us that they wished that her wish would come true and left. It really was a super sweet thing that will stick with us for awhile.
As 8 o' clock came around, the park started bcoming more and more packed, so bad that we could barely walk around so we decided to ride on the train around Disneyland, and ended up taking it for about 3 hours in full. 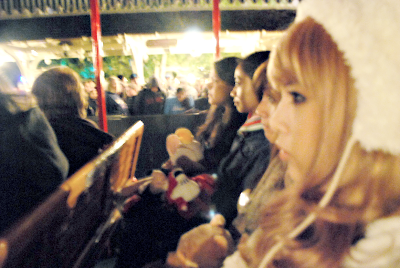 We were so exhausted from dealing with everything and we even took a nap on the train. I stayed awake and as the train approached the Main Street station, we saw the madness ensuing outside the gates.
from the bag check on the left to Downtown Disney to the gates of CA Adventure, there was thousands of bodies filling every space. It resembled a mass of people in a zombie movie trying to get into the sanctuary or something. It was really eerie. 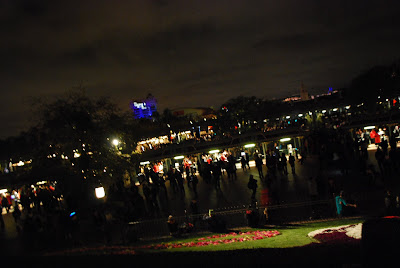 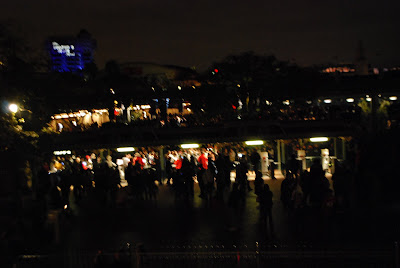 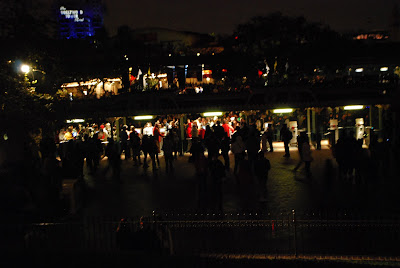 Discussing with people on our train cart, who were doing the same thing as us, as there were a bunch of them, Disneyland reached it's maximum capacity and stopped letting people in. My friend started checking the news and twitter feed as we were waiting. People outside were chanting and getting rowdy and some even got pepper sprayed and a fight broke out. It was crazy We also heard that the freeways were packed and traffic was at a stand still... Also, that trying to park took well over an hour.. It was entertaining in the slightest though, because every time we came around you heard the new passengers all gasp collectively as we pulled up to the station parallel to the entrance gates. 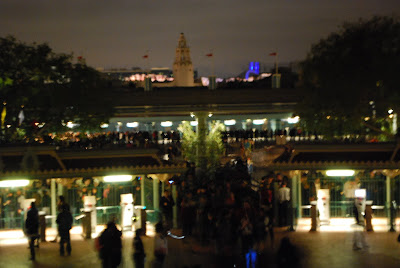 We did end up getting off the train, as we were realizing that it will only get worse if we waited any longer and if they opened up the park.
So we decided to wait in the hour plus line for hot dogs. As we were in line, they unleashed the crowd and it was absolute chaos watching them as they yelled and hollered and drunk and high adults flooded the streets of Main Street. 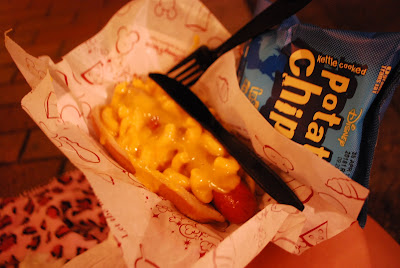 Yumm.. Mac and Cheese hot dog, one of the special 'midnight snack' food items.
Now onto the serious matter on what happened to me at Disneyland. 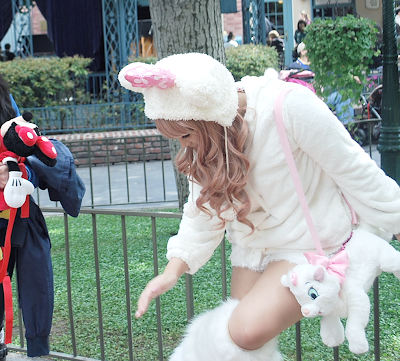 You see how I'm dressed. I find nothing wrong with it, maybe that the shorts may be on the short end. Other wise, it'm covered up and not giving off any 'sexual vibes'. The whole day I was harassed with people coming up to me and mocking me and telling me I was gross and disgusting and dumb and trashy etc... I had adults with children approach me telling me I was a disgrace to 'teenagers', scoffing at me to my face, making snide comments directly to me and the like...
I also had guys make lewd gestures and comments to me, trying to grab me and grope me, petting me and stroking my back without asking me or anything and just touching me. Even telling me that no one is attracted to a want to be child and even one teasing his friend in front of me when he came up to me going 'mmmmmm' and his friend remarked he was a pedophile.. I was so embarrassed and started feeling so low even started crying at one point. My friends said that the feeling of even them being around me was like being raped themselves...
No one deserves being treated like that. Ever. Especially with such intensity, like almost every other minute someone make such a comment to me or kept heckling me... I couldn't even hold my head up by the end of the night...
At one point, when I got my hotdog and sat on the curb waiting for my friends, this ended up being the only time I was left alone, a group of guys surrounded me and were yelling at me and trying to grab me and trying to get my number. I ignored them, but I was so distraught when my friends came back...
I couldn't believe that all this was happening to me. Especially at Disneyland, a family place!
As we were exiting the park, I just started bawling, because I felt so used and horrible. I even made a complaint but they told me that they didn't have enough security and that they were sorry, that was it... 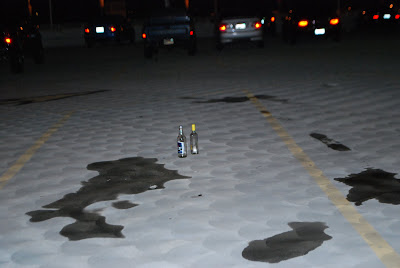 As we were walking to the car, the parking lot was littered with alcohol. Like TONS. A lot of broken vodka and beer bottles too.
A guy we were talking to in the hotdog line said there's a giant group of people rolling and smoking weed near Matterhorn and no one broke it up or busted them.
I even passed a group of guys that stole merchandise from one of the stores and was bragging about their loot...
There was even fights breaking out and people falling over drunk on top of the crowds one could barely squeeze through.
It was really bad. 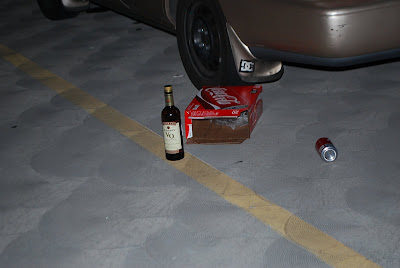 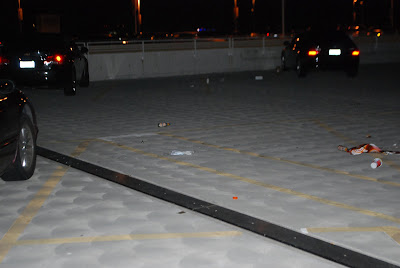 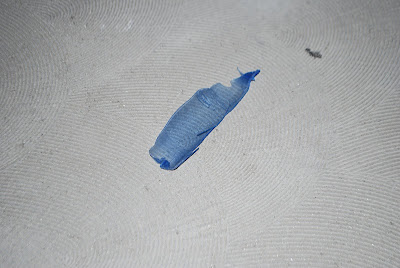 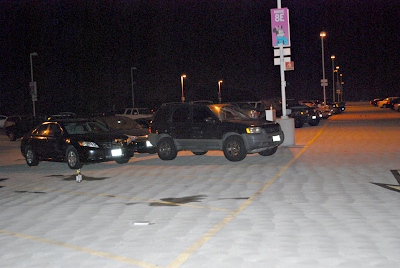 I needed a picture with the Disney signs as proof that all of this is actually in the Disney lot.
There was a few highlights with people chatting with me, met a few girls who follow my blog and my tumblr. Hi! You girls really helped pick up my mood a lot, and kept me from breaking down. <3
We ended up leaving the park around 3:30/4 am.
<3CarisseIris
Posted by Unknown at 1:51 PM

Email ThisBlogThis!Share to TwitterShare to FacebookShare to Pinterest
Labels: disneyland, outfit of the day, personal