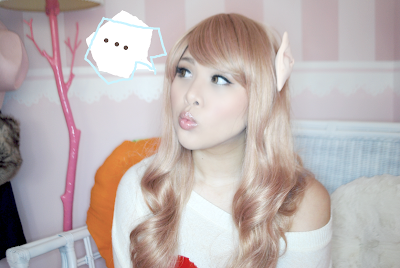 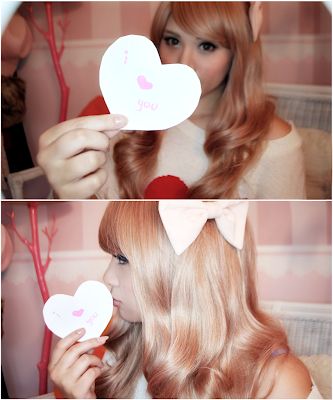 I absolutely had nothing to do on Valentines day... [as is the life of a student waiting for her student visa].
But I did have something come in the post, which I pretended to be a Valentines present to myself.
The package ended up being my Daisy Duck shirt I ordered off ebay. It's really so lovely and well made that I had to change my whole outfit and take pictures of myself wearing it.
Hmm, maybe I should get a part time job because cam-whoring isn't exactly a great hobby to put on a resume, haha! 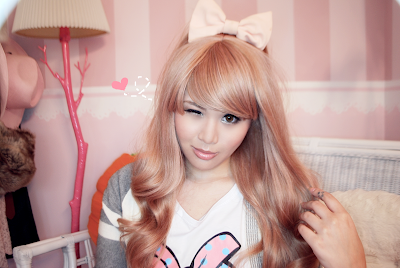 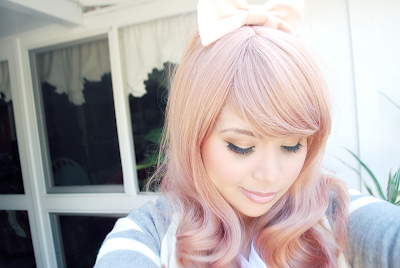 Yes, I did bobby pin my bow to sit up high on my head like that, so I could emulate the character on my shirt. ;3 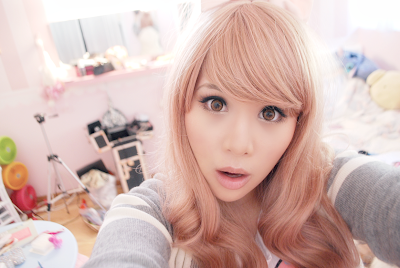 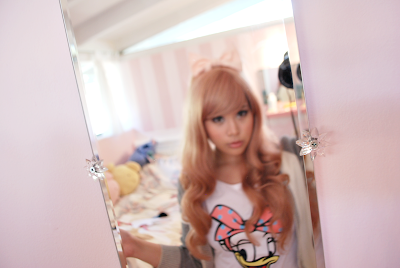 I have to say, my room looks so lovely in pictures~
I also tried to dress up my dog, which was kind of unsuccessful. Her reactions are priceless. 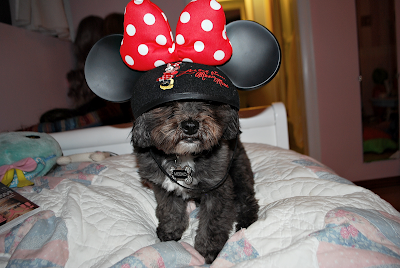 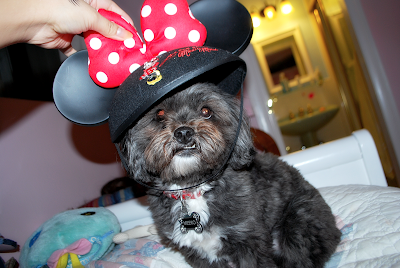 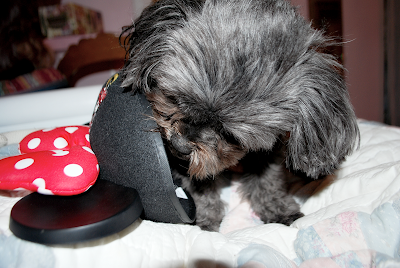 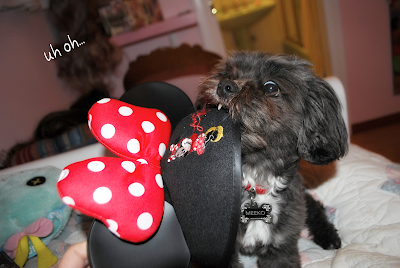 Nom nom nom, apparently hats are something to eat.
Yeah, that apparently was my Valentines day. I did manage to reinforce buttons on my clothing, stitch up some runs and holes in some sweaters and cook for the family, so it's not like I just sit around and twiddle my thumbs ahaha.
I hope everyone had a lovely and more productive Valentines day than moi.
<3CarisseIris
Posted by Unknown at 8:38 AM