My friends and I lalalove ice cream. To the point we'll take long drives to try the newest and most interesting places. 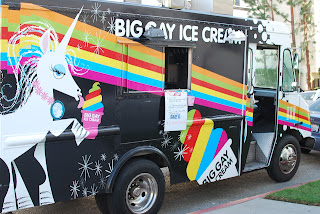 The newest ice cream truck in LA would be the Big Gay Ice Cream truck [site here], visiting from New York~
The people working the truck were sooooo ulta sweet and it was a pleasure to leave a tip~
I was also glad tat we came 35 minutes before the truck arrived as a good amount of people already showed up. By the time the truck was set up the line was going down the block.. So lucky for us~ 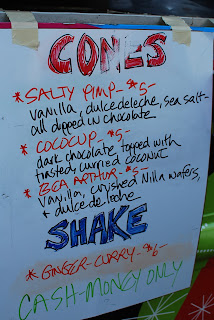 [I really wanted to try the Ginger Curry] 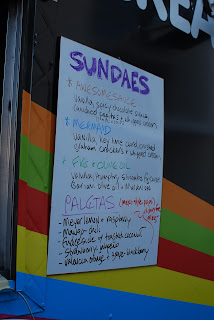 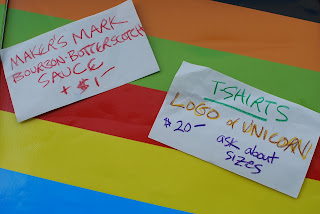 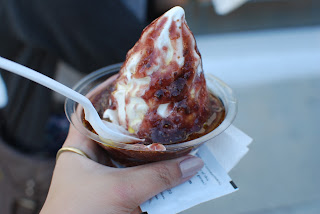 But, I ended up getting the Fig and Olive oil, and to my maybe horror, it was ice cream with fig and olive oil drizzled on top. So shocking!
But unlike how it looks/smells, it tasted surprisingly delicious after I got over the thought of gobbling up olive oil. 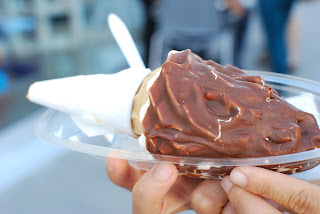 My friend ended up getting the Salty Pimp, which seemed to be the one everyone else in line got, and it was so yummy too!! 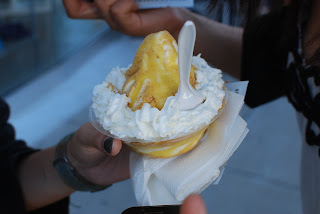 My other friend decided on the Mermaid, which was like a pie with ice cream, or should I say ice cream with a pie on the side~<3 Very tart and scrumptious!

Such a worth it trip out!

My friend's and my favorite ice cream place to frequent would be Cool Haus [site link]  I've also talked about them in previous blog entries but whatever~ Haha. 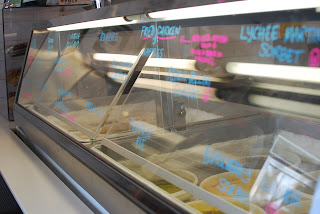 Cool haus has the crazies flavours of ice cream and cookies to create interesting ice cream sandwiches  that maybe only your imagination could conjurer up! 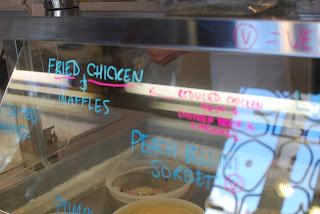 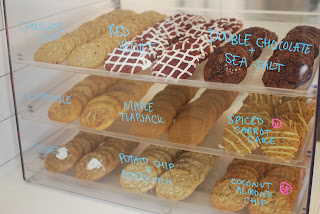 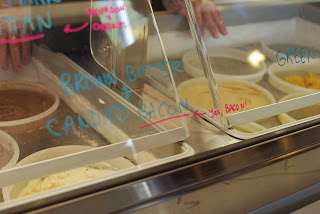 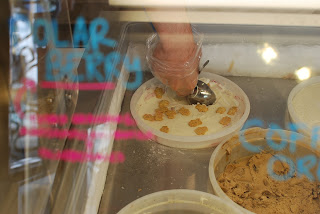 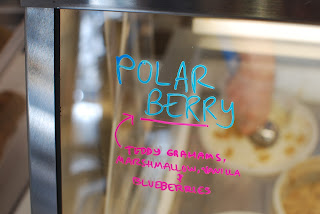 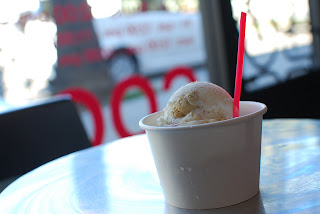 This time, I didn't feel like an ice cream sandwich and decided on Polar Berry by itself, which I've decided is my all time favourite, and is basically me as an icecream!
Perfection! 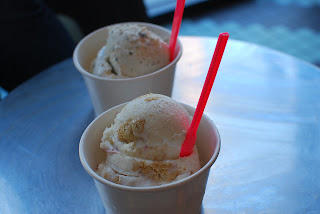 Nomnomnom.
MY friend got Dirty Mint, which is SOOOO yummy! It's like mint, but dirty... I don't mean like choclolate or alcohol but it tastes earthy and well, 'dirty' in like, the yummiest way... 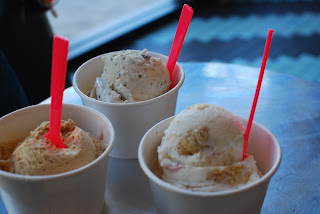 My other friend after a hard decision went with the Salted Caramel, yumyum! It's like a salted Dulce de leche more like, it was very rich in flavour and a great ice cream!

AAH~ This place is still my all time favourite go to place, even though it's so out of the way for me<3

<3CarisseIris
Posted by Unknown at 9:32 AM